My dear friend, Michael, from Berlin came out to visit me for 10 days (April 24 – May 3). I did have to work a bit when he was here, but I could curtail my hours somewhat and enjoy some time with my very good friend that I have known for 33 years!

We did walk around Lost Lake, where we did actually get lost! There are soo many routes to take, and the map wasn’t really the best, I have to say! It had been years since I had walked around Lost Lake and everything looked so different. So we ended up walking for 3 hours, instead of like 40 minutes! We were all tired after that adventure! Welcome to Whistler Michael! 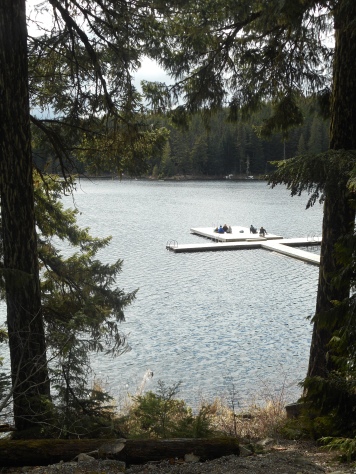 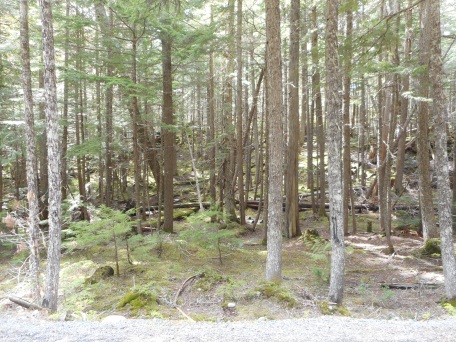 Another day, we did go and visit the Audain Museum for a couple of hours and checked out the native art from the 1880’s to the contemporary artwork, and saw the early drawings of Henri Matisse, and admired the photography of Fred Herzog!

After being in Whistler for 3 days, we drove over to Vancouver Island, Victoria, on the Thursday night, catching the 9 pm ferry. So that’s a 1 1/2 hour drive down (south) to Horseshoe Bay (we were fortunate to have had amazing weather, so we could stop and take pictures), a 1 1/2 hour trip over on the ferry, and another 1 1/2 hours driving south down the Island to Victoria, where we stayed with family! 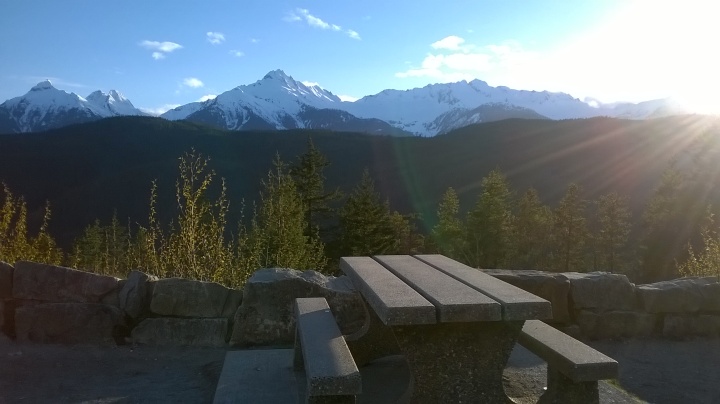 On the Friday, we drove into town and admired the Inner Harbour, the Parliament Buildings and the Empress… 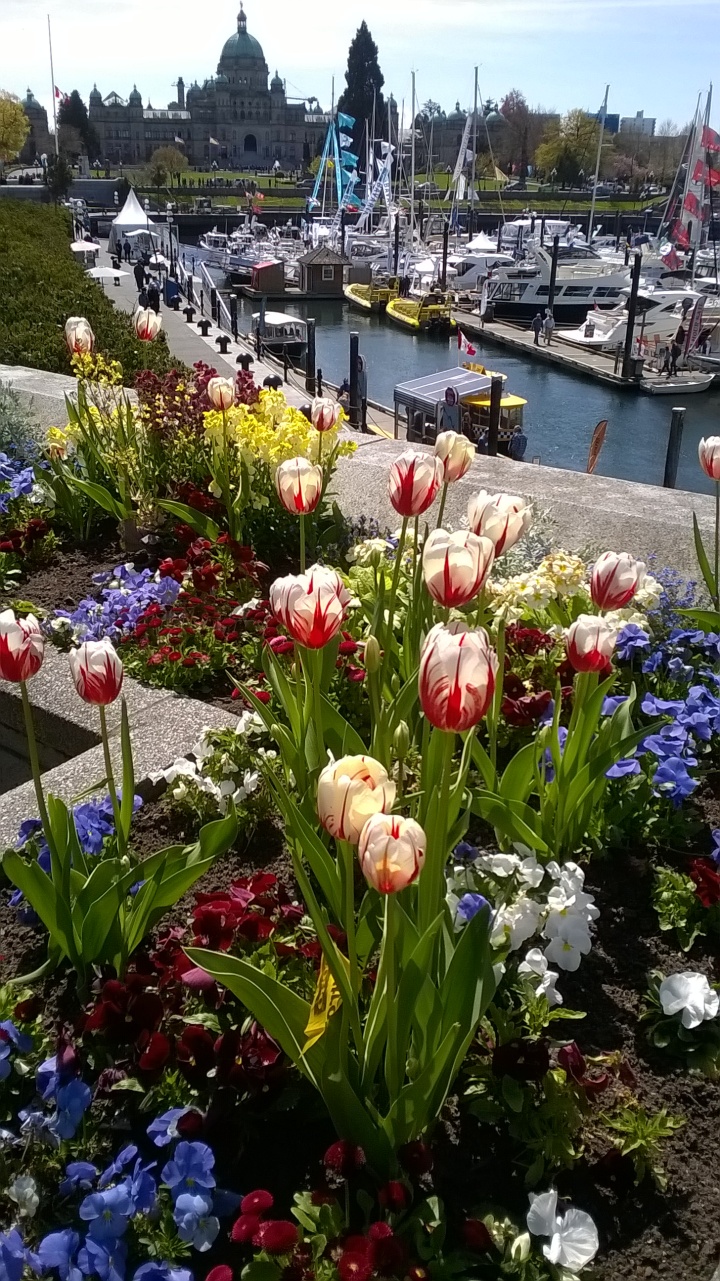 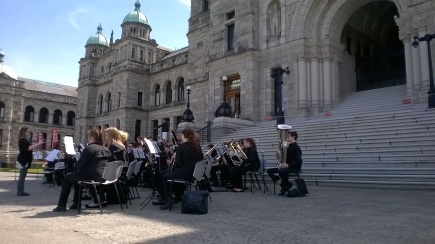 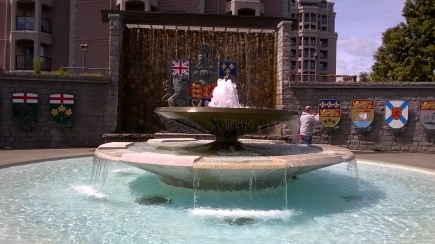 We took pictures of some band practising in front of the Parliament Buildings, and I got to play tourist in a home town, I use to live in 20 years ago. It was a lot of fun! Time to unwind! 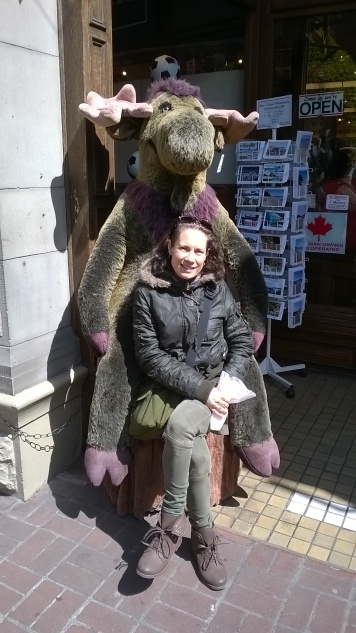 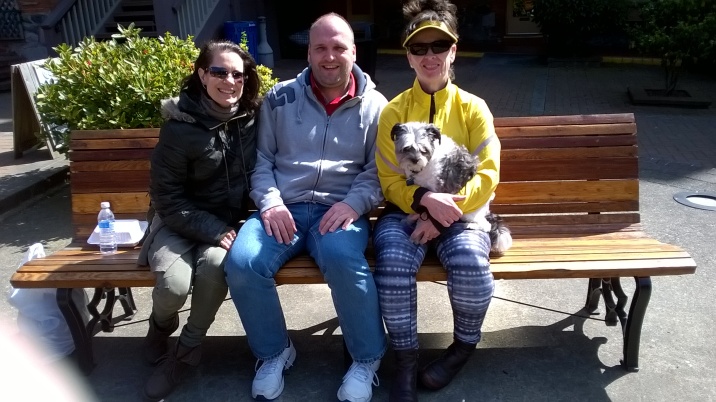 It was soo nice not to have to work, and just hang out with friends!

We only had toast and fruit for breaky, so by 3 pm, we were starving and ordered noodles and vegys at Mom’s Kitchen. I asked the lady if her noodles had eggs in it and she said yes. I told her I was Vegan, and immediately she said she could make rice noodles with vegys. Awesome! She read the package out loud to satisfy my curiosity. Then I asked her if she could use no oil, or very, very little…..she did look at me a little funny, but said that she could. I forgot to take a picture of the delicious food, must have been so hungry, but the huge portion was very tasty and delicious, and did not taste oily what so ever!! Even though, we were suppose to meet my mother at 5:30 pm for dinner, I ate the whole thing! I thought, if I wasn’t that hungry later, I could just have dessert? So in the quiet of the Market Square, Michael and I ate our lunch, while we chatted with my friend, Lynn, who came out to meet us.

After we ate, we journeyed on and checked out China Town on Fisgard St…. 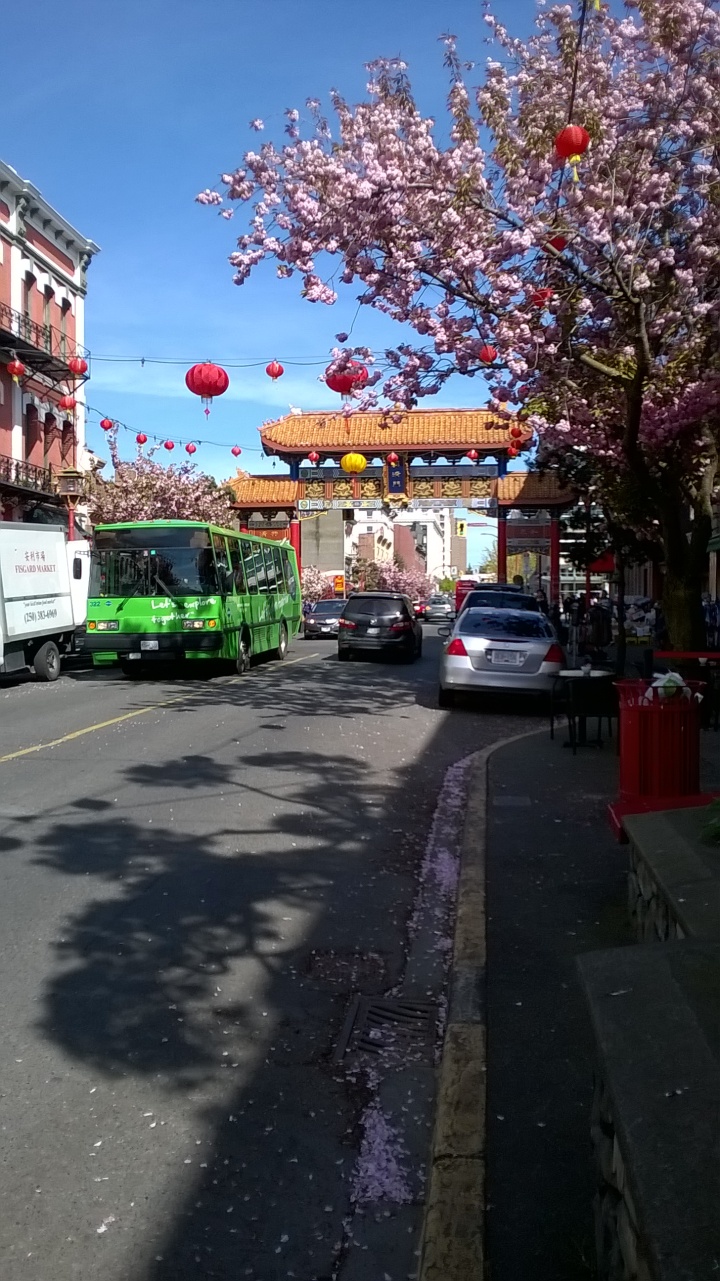 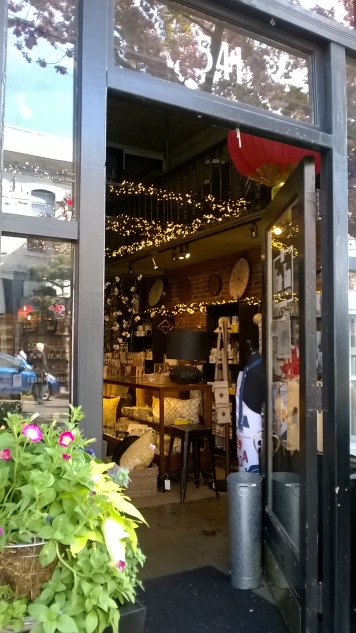 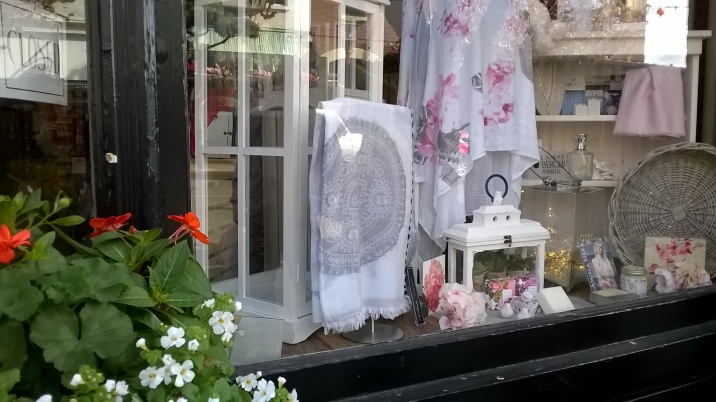 What an awesome day in the City of Victoria!

Drawing by my nephew! The next morning, after breakfast, and after walking my brother’s dog, Lego, we went to a friend’s Art Gallery Exhibition…. Jan and Helga Grove…. I have known this couple and their family all my life, we visited them regularly when my brothers and I were young…. and now they were showing their beautiful works of art at the Art Gallery of Greater Victoria…. 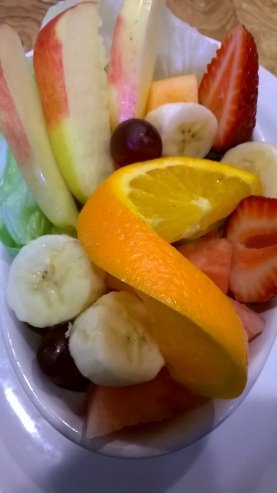 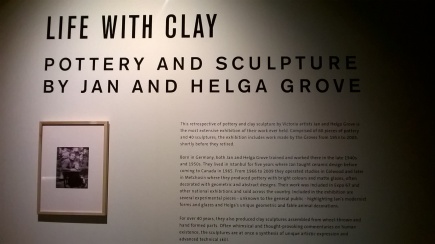 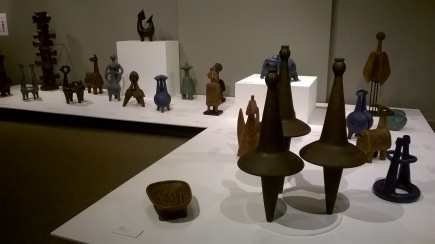 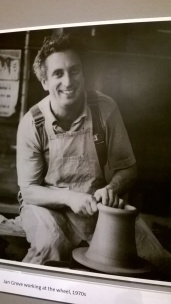 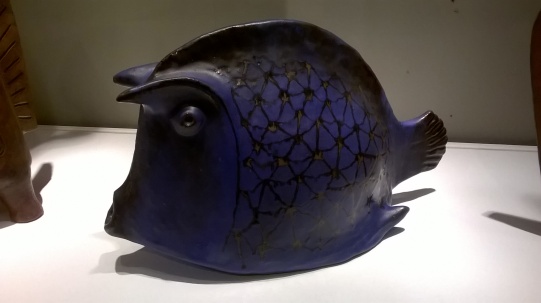 After another long day of visiting, we had a fantastic dinner together with a delicious dessert of mixed berries, which Michael helped me clean and cut up with Sherbet ice-cream….

On the last day, I took Michael down to the Esquimalt Lagoon, where we enjoyed another sunny, but windy, day roaming the beach…. 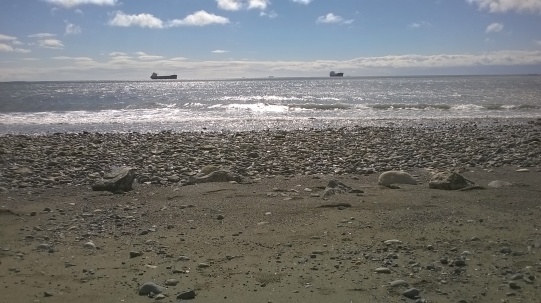 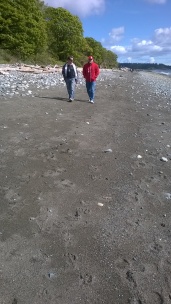 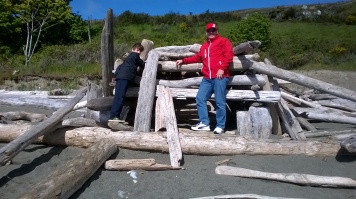 … and turn over some rocks and find some crabs running amok … 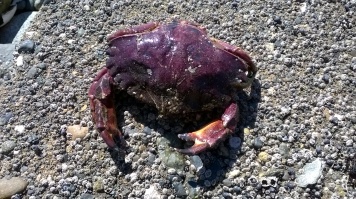 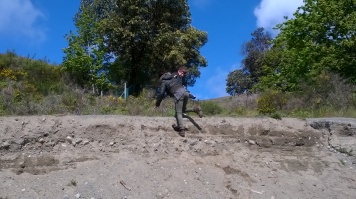 Let’s jump, and play…..Family is the best! Thanks for letting us crash at your place! 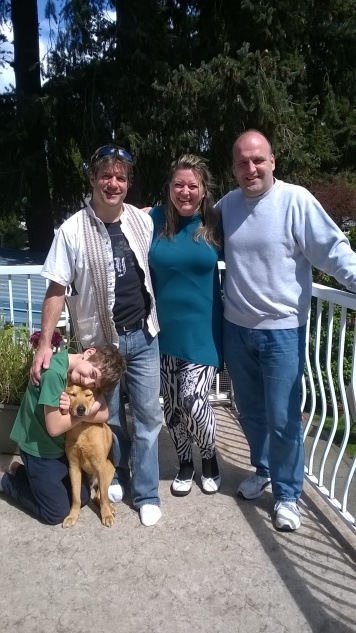 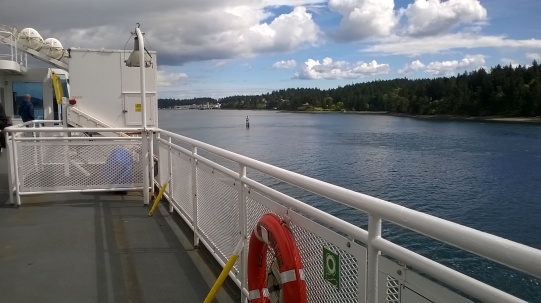 … and into the City of Vancouver we go … Michael was on the 19th floor on Robson St. at the Empire Landmark Hotel … what a great view!! 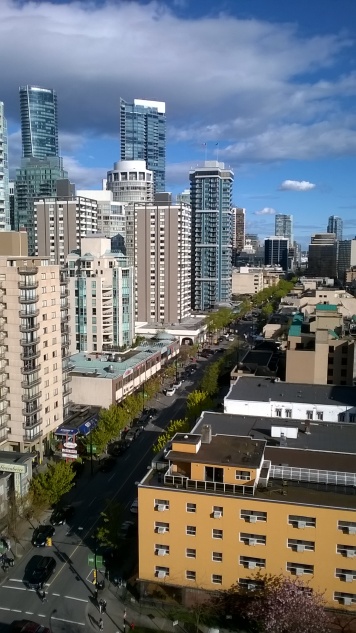 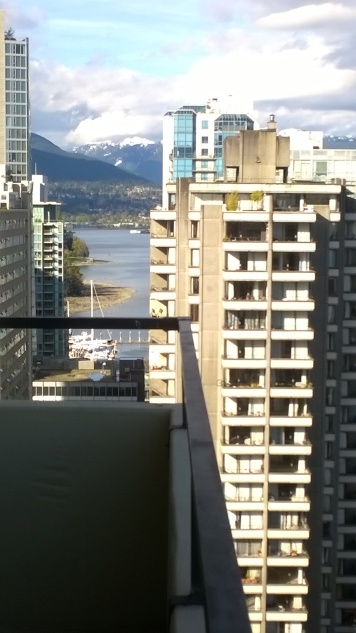 … another 3 days in the city, and then he would have to fly back to Germany. His 10 days were quickly coming to a close, and after I dropped him off, took some pictures of this fantastic view, I continued on my way as well and drove back to Whistler. Back to work for me! Even though I was only gone for 2 1/2 days, I felt like I was gone for 4 or 5 days!

Thanks for having me be a tourist Michael! See you in Germany next, I suppose. Most likely!!